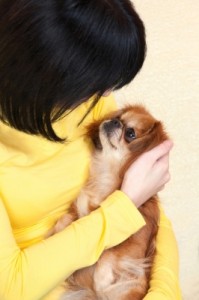 Believe it or not, in ancient China, it was considered normal for an Emperor to hide a Pekingese dog up his sleeve as a form of defence! Perhaps a dagger would have served them better?